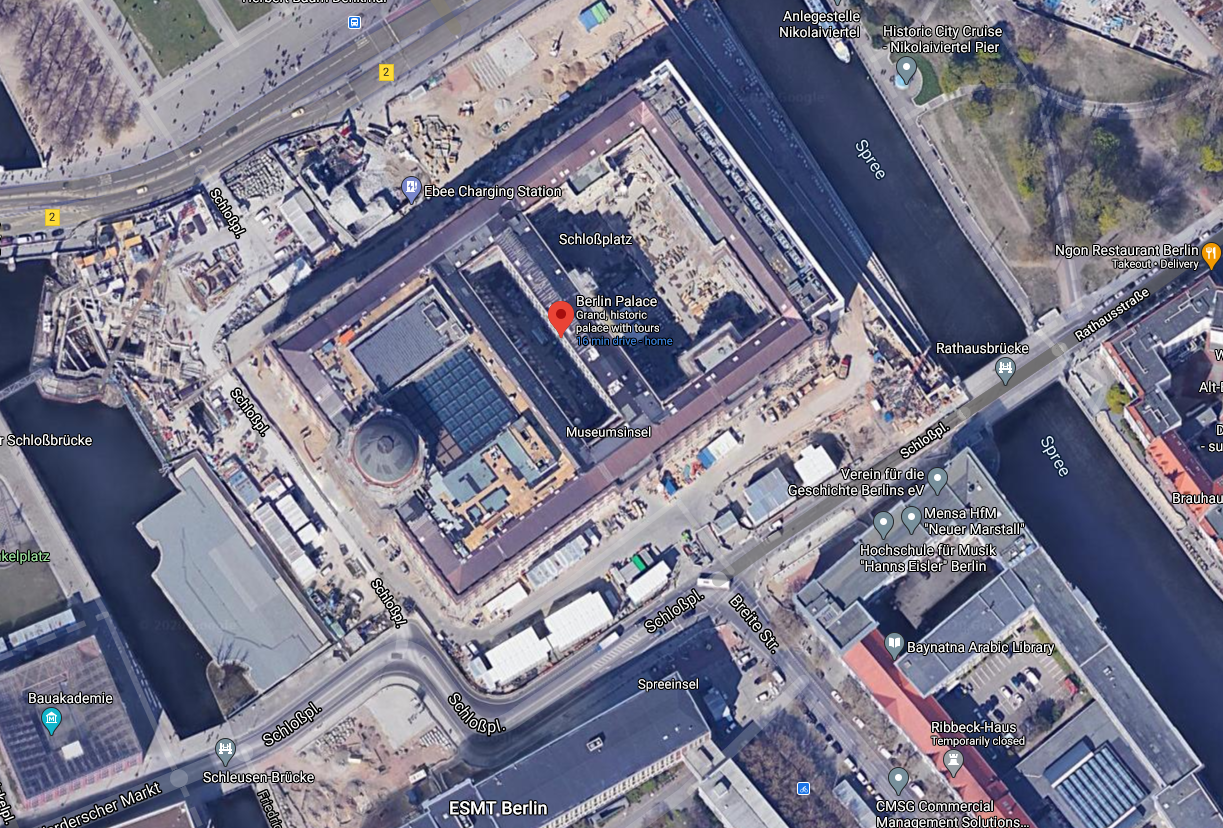 The King is Long Dead! Long May We Live without One!

Meeting point: Sunday 11 October at 14:00 at the Stadtschloss aka Humboldt Forum, south construction entrance at the junction of Schlossplatz and Breite Straße.

Bring a masque, both for Covid-19 and for re-imagining a world without kings or their long shadows! This celebration of kinglessness is a memorial carnival!

We’ve been thinking about our friend and companion David Graeber, and his life-long belief in the destructiveness and superfluity of autocratic power – vindicated in his milestone anthropological work with Marshall Sahlins, “On Kings”.

And we’ve been thinking about this “intergalactic memorial carnival” in honour of David’s so tragic and early passing…
and we thought of carnival and Bakhtin…
and of Bakhtin and kings…
and of kings and Berlin.

And we decided to act.

An angry crowd with axes and hoes gathers, loud shouts resound, then the crowd destroys the weir. Water masses flood the Schlossplatz. The “Berlin unwill” of 1448 is directed against the palace construction that their liege lord Elector Friedrich II, called “Iron Tooth”, is planning there…

The Stadtschloss was at the centre of the Revolution of 1848 in Prussia. Huge crowds gathered outside the palace to present an “address to the king” containing their demands for a constitution, liberal reform and German unification. Frederick William emerged from the palace to accept their demands. On 18 March, a large demonstration outside the Stadtschloss led to bloodshed and the outbreak of street fighting. Frederick William later reneged on his promises and reimposed an autocratic regime. From that time onwards, many Berliners and other Germans came to see the Stadtschloss as a symbol of oppression and “Prussian militarism”.

As the seat of the monarchy, the Schloss symbolically presided over the Berlin Conference of 1884, that fateful conference which eliminated most existing forms of African self-governance, formalizing the European plunder and enslavement of a continent.

Today we are living through the reconstruction of the Berliner Stadtschloss, the symbol of the Prussian monarchy, as a centerpiece of Berlin. A massive “cross and orb”, a marker of universal Christian-European domination, is being hoisted to the apex of its cupola. Inside, an ethnographic museum is being stuffed with treasures plundered from halfway around the world – the stolen goods, the loot of European colonialism.

As the Coalition of Cultural Workers Against the Humboldt Forum stated:

“… The revival and reconstruction of these adornments … further exposes the Humboldt Forum as an antidemocratic and regressive project. We are most alarmed that an architectural reimagination of Prussian monarchy, Christian dominance and colonial entitlement…”  Read this important statement in full HERE.

Perhaps most shockingly, as an article on the Humboldt Forum’s website explains, “the 34 centimetres high gold-edged letters of the inscription on the tambour below the cornice” includes the commandment of a 19th century Prussian monarch  that “every knee should bow, of things in heaven, and things in earth, and things under the earth.” (Find the article HERE.)

Re-creating from scratch and unveiling such such language and symbols  in 2020, at the heart of the capital city of the leading power of supposedly democratic Europe, is a sign of grotesque insensibility and reaction. This deep-fake revival of the utterly discredited Prussian militarist, and European colonial past is monarchist and colonial revisionism pure and simple.

These reactionary symbols threaten our future. Is this what should stand at the heart of Europe in a new era?

This memorial carnival #Carnival4David enacts and acts for a the world without kings. In the spirit of David Graeber, who himself joined earlier protests at the Schloss, we move directly: to unwill this zombie Schloss of rotten, murderous monarchies!

The King is Long Dead! Long May We Live without One!