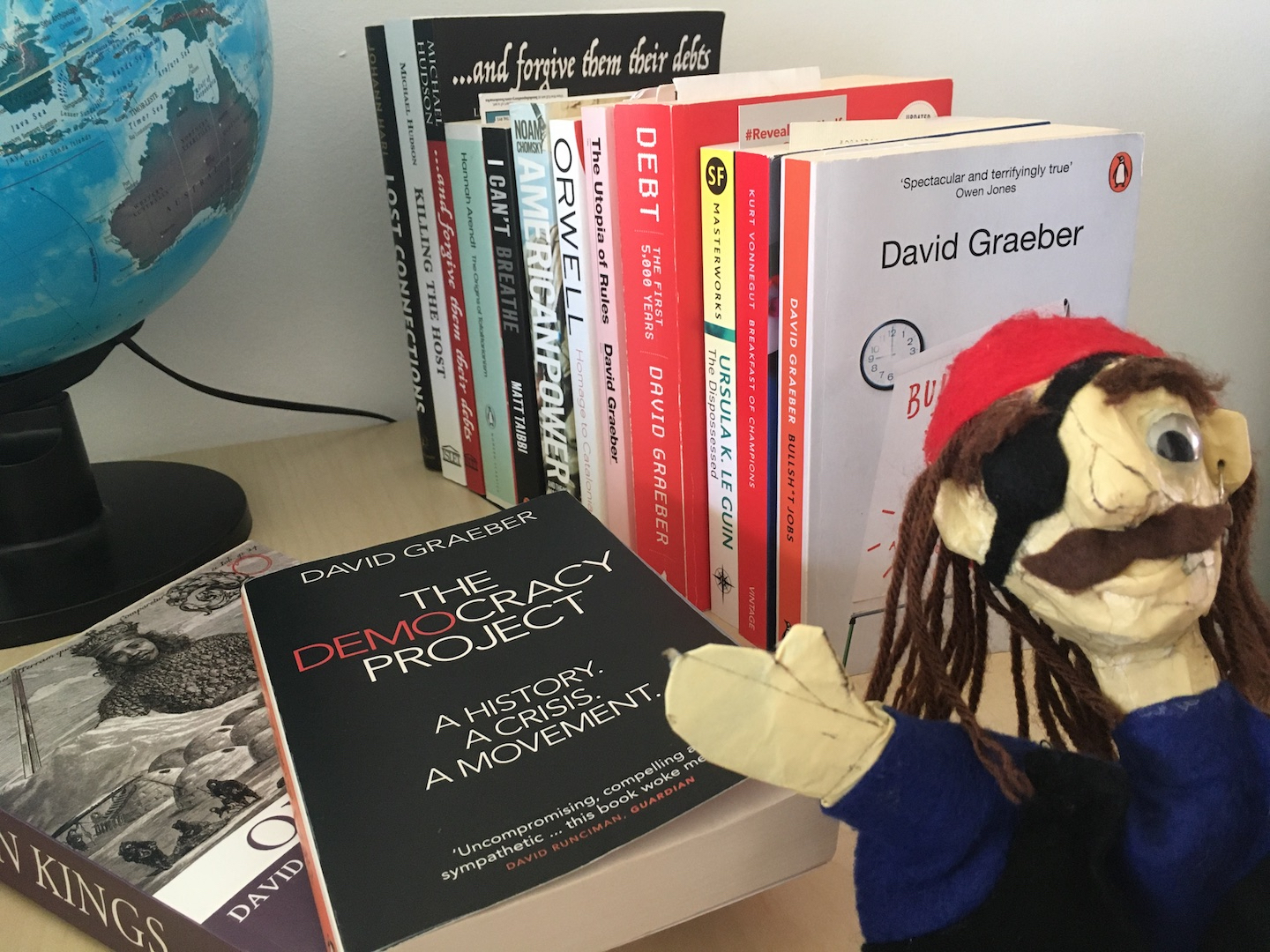 In the last video posted by David and Nika, David spoke of a book on pirates that the two were working on. In homage to David, we would like to read pages 177-180 of “The Democracy Project” (the part where David writes “the typical organization of eighteenth-century pirate ships was remarkably democratic.”) Then we will screen the pirate scene at the beginning of Terry Gilliam’s ’83 film, “The Meaning of Life,” followed by his ’85 classic, “Brazil.” (Interestingly, Gilliam is another exiled American living in the UK.)